“Death has a daughter, steal her.”

In Woodbark, hidden beneath a snow covered gravestone, a mysterious discovery leads Robin to a librarian with an odd sense of humour, and an even odder creature for a pet. In the wake of his brother’s death, she reveals to him an irresistible opportunity: if he can kidnap Death’s daughter, he can bring Peter back.

Robin leaves for York by dusk.

In York, cathedral spires claw at the moon, gargoyles peer down on cobbled streets from wooden beams, and the creatures of Yr Oerfa feel their skin prickle as they sense the danger war brings.

After a life of solitude in a tower beyond the veil, Sophie is now amongst them. Here, stalked by those once considered loyal, she discovers she is at the heart of a plot to turn that war against her father. Fortunately, her enemies seem to have forgotten one important detail: Sophie is the daughter of Death, and not so easy for the taking.

A coming of age fantasy, Kidnapping Death’s Daughter is for those who find themselves at home with the unusual and the dark, but who also look for that touch of lightness to prevent the furnishings from becoming a bit too grim.

Written for teens, but a book for all ages, it follows the stories of Robin and Sophie, two teenagers whose worlds, although very different, have collided as much as they have fallen apart. 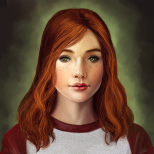